Here’s a vid of us playing Rumble by the legendary Link Wray as the start of our set on Saturday.

And here’s a link to Rich’s Barber 2016 album on the Facebooks: 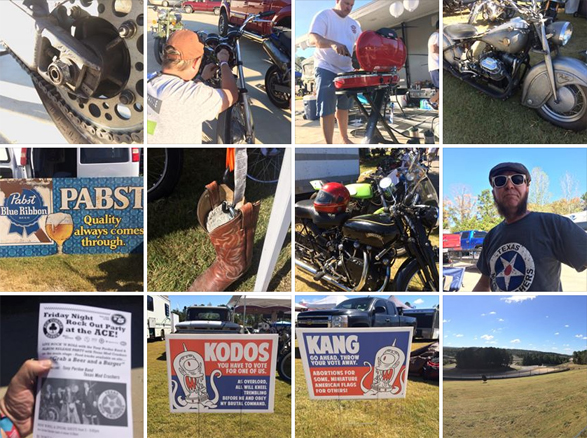 And, if you’re still scrolling…

We got in late on Thursday night after enduring many hours of delays on I-20. Our Houston friends Charlie (King of the Mods), and Toro were already there with a nice compound staked out. Phil and Dick went down to the Ace in the morning and met with the organizers to get the lay of the land, and to get an answer to the question everyone was asking us – “When do you play?”

Dick was wearing a “Keep Calm and Crush Mods” shirt, and getting appropriate amounts of attention for it. The Ace guys loved it, and we traded some for Ace Cafe Orlando shirts. We also gave Mark Wilsmore (owner of the Ace London) his own shirt, hoping to get a photo with him wearing it. Mark looks and sounds like a tough old rocker, but he’s the sweetest guy in the world. Not only did he put it on, he flashed it to the crowd from the stage, and compared us to Shakespeare and Hunter S. Thompson. Wow! Mark also informed us that we were pronouncing Crazy Cavan incorrectly. We were saying Cavan like “Cave-an,” when it should be “Cav” (as in Cavalry). Sorry about that. I guess we had never heard it said out loud before. 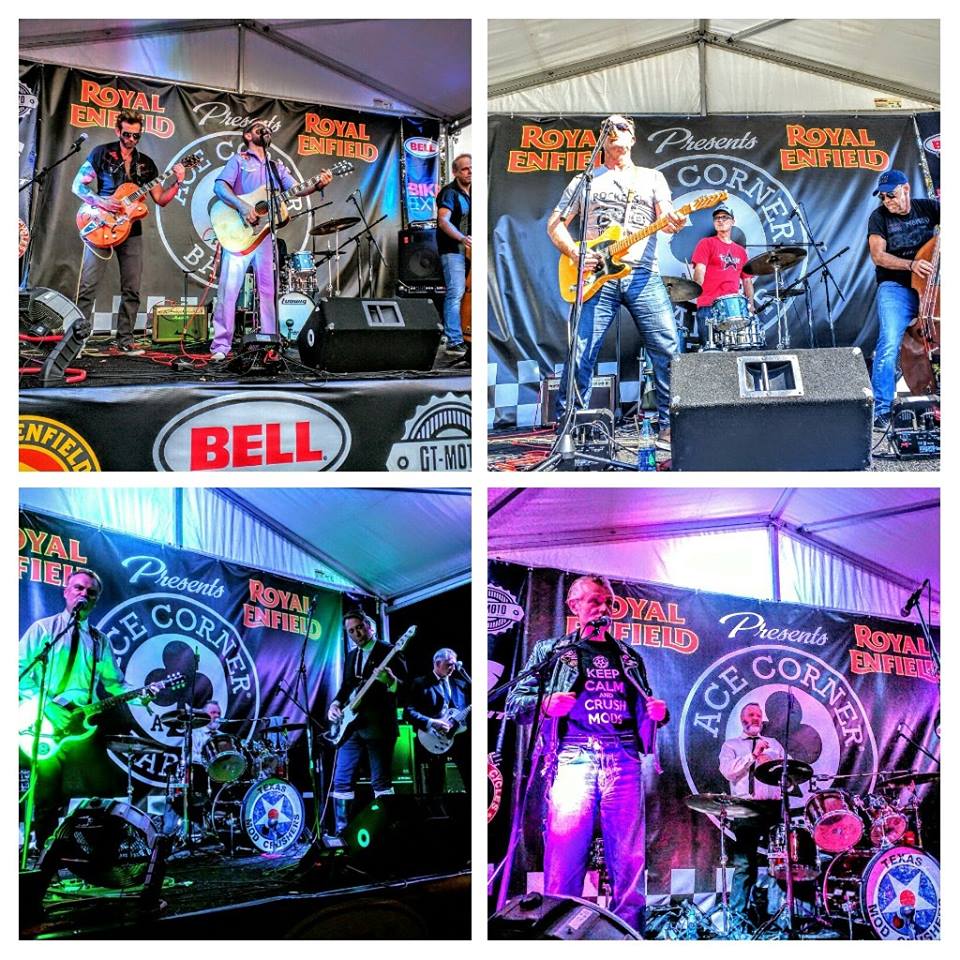 We had mapped out two sets – the long Friday set of 20 songs with all of our originals and some well-chosen covers, and the short Saturday set with twelve songs. The 20-song set was supposed to run 90 minutes. We went on a tick before 7:00pm, and burned through that set in about an hour. Oops. We were saying, “Good night, everybody!” and the sound guys were yelling, “You have another hour to play!” Luckily some of our Houston friends started calling out requests, and we played the songs from the EP again, and made it to 8:30. We need to get a clock for our stage setup.

Special thanks to the Ton Up NC guys who cheered like maniacs, and we forgive them for throwing (mostly empty) beer cans at us. I think the only full one hit Skunk square in the chest, but he’s a big lad and he took it in stride.

Skunk had to high-tail it back to Houston Saturday morning to tend to some family matters, so we soldiered on as a three-piece. We played the “Long” set again, this time in the daylight, to a whole new crowd. That was fun. Some of our Virginia friends got to see us for the first time, and shot the video above. What a great time.

We sold a bunch of CDs, but we still have some available here. We have also hit up the finer Houston record stores to put some up for sale there.

Thanks to all the guys and gals at Dime City Cycles, Ace Cafe (London and Orlando), and Barber Motorsports Park. Everyone was extremely professional and helpful. It was a blast working with you all. Special thanks to Graham, Steve, both Marks, Kurt, Chase, Brad, Eric, and Toro for running merch all weekend, in addition to hosting the compound.

This entry was posted in Live Shows. Bookmark the permalink.